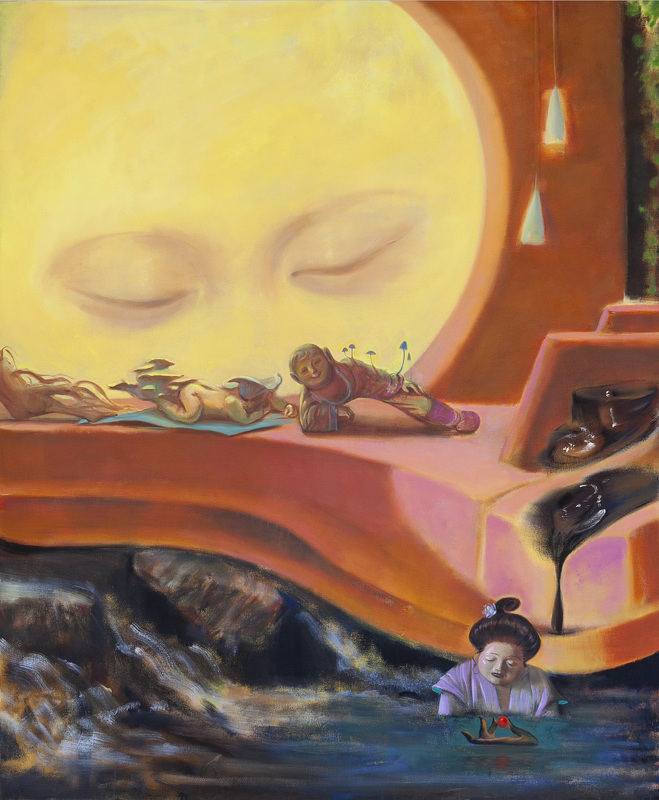 Zhang Lian (1984) was born in Hangzhou, China, and currently lives and works in London. Between 2007 en 2010 she studied at the China Academy of Art, in Hangzhou whereafter she received her first MA in painting. After her studies in China she moved to London where she received her second MA from the Royal College of Art in 2013. She has won several painting prizes including Curator's Prize The Open West 2014, and Hine Painting Prize 2013.

She describes her own working practice as ‘based upon a practice of assembling constellations of images through which a serial network of fractured narratives, start to emerge. Partly this involves a splicing together of the imaginary and reality in ways that break up the logic of both realms and syntax of images.’ 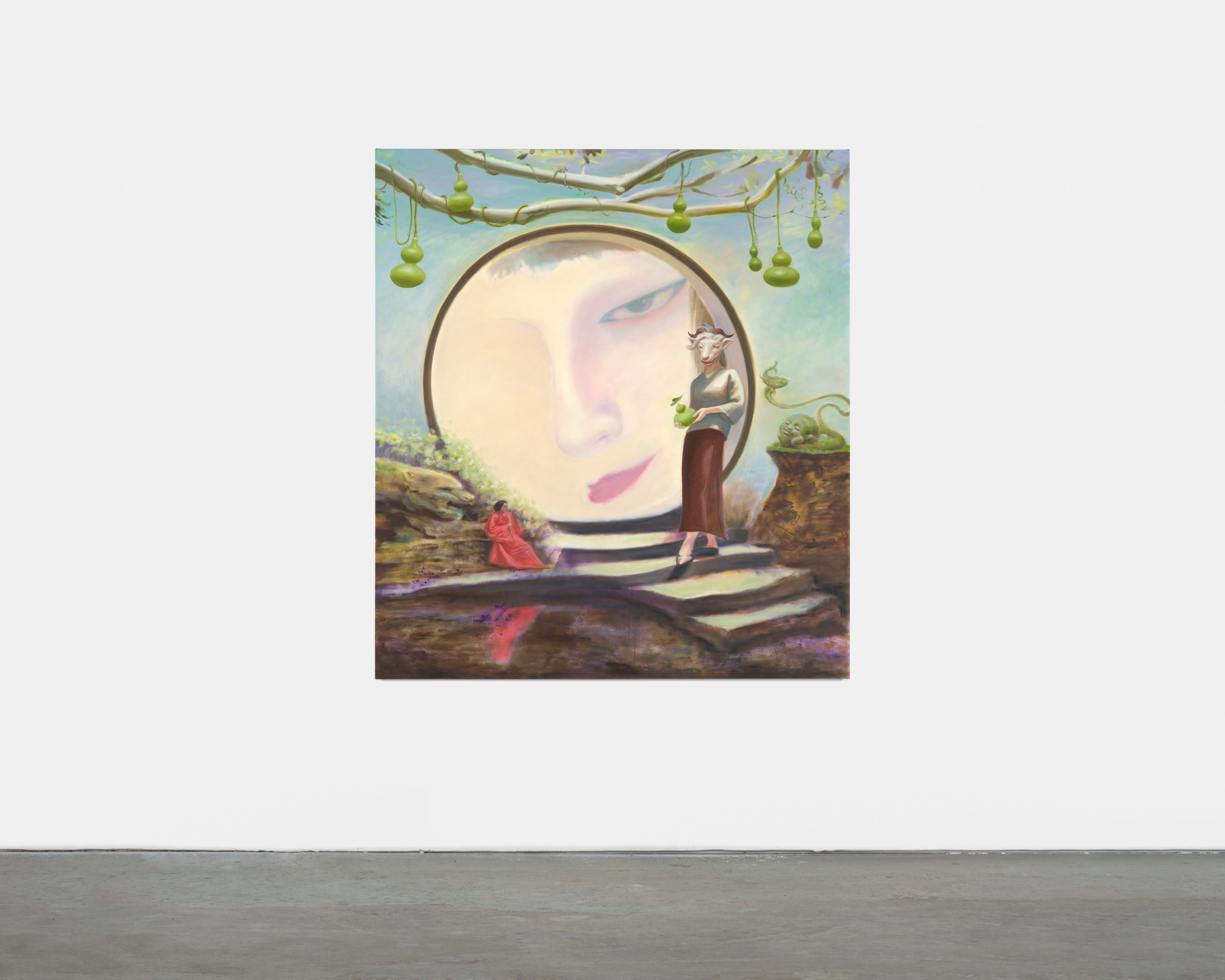 Zhang Lian surrealistic paintings are incredibly rich in symbolism and reflect both her Chinese heritage as well as her experiences of building her life in London and her western heritage. In her work she also draws inspiration from Taoist philosophy. Through her paintings she invites the viewer into fascinating worlds that belong to her subjects and mirror their inner struggles and reflections. 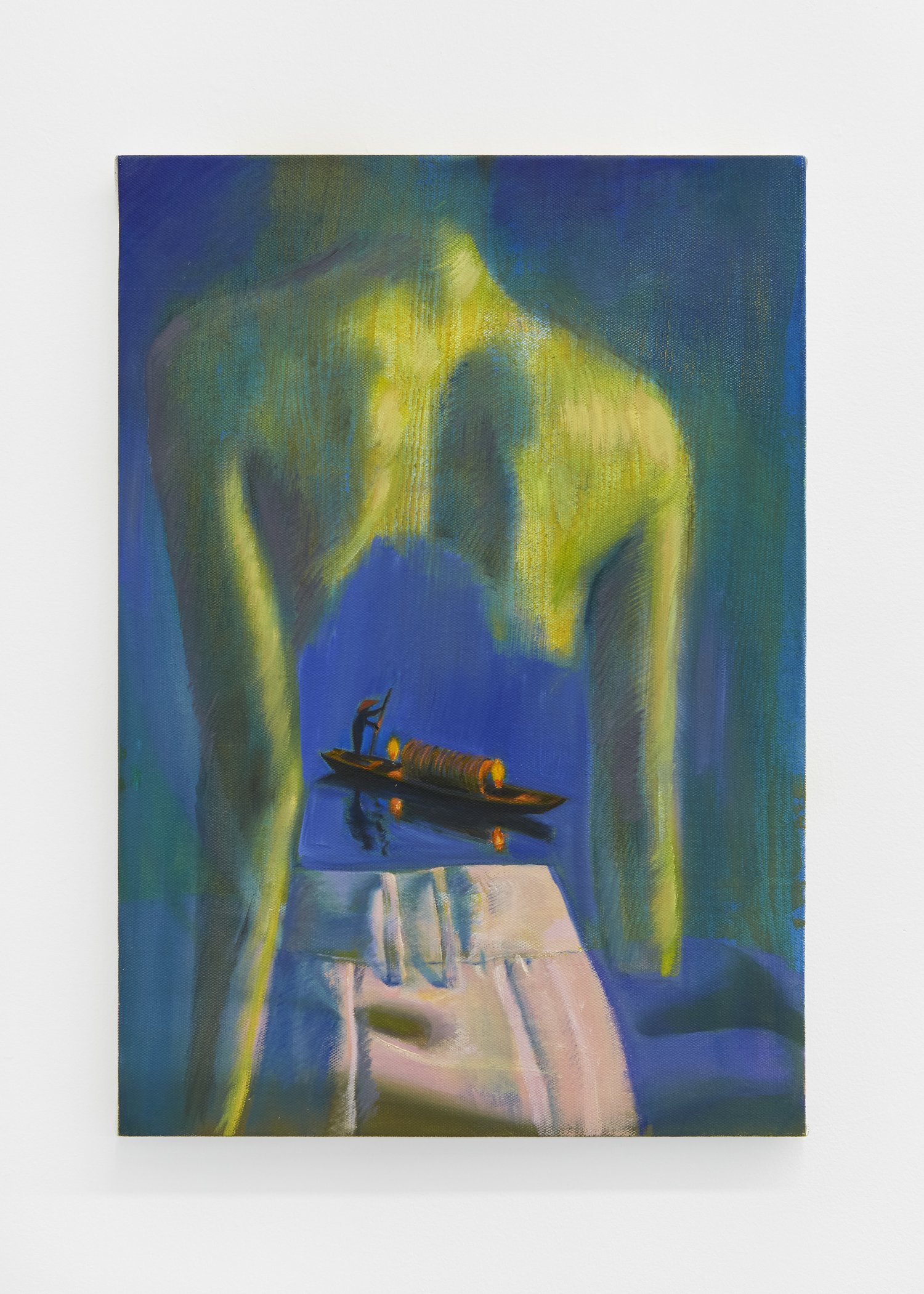 Her works, which seem to be static and in motion at the same time, depict many other contradictions such as good and evil, and Lian converts these themes into beautiful mythical subjects blended with realistic elements. Her paintings allow us to step into a different world, and dream away and reflect on life. Although we can understand the language of the symbols, it seems that some parts of these worlds will always remain a mystery. What’s most important is that they do leave us with a sense of hope.

A description of Lian Zhang's piecy by Nicodim Gallery:

"Her piece Windy Paradise (2022) questions and confronts the socio-political dynamics of the United Kingdom, her second homeland. The work encapsulates the beauty and strangeness of establishing a new home where she has built her family and career by her own hand. Also inspired by the Yu Xiuhua poem “Wind Blow,” Zhang’s painting acts as a visual homage to the text. The poem discusses the life cycle of a morning glory, whose petals open and close depending on the time of day. Zhang’s mother and daughter figures, skirts swept up by a gust of wind panging English seaside cliffs, mirror Xiuhua’s gentle blue morning glories, their vines climbing upwards, forever reaching for something on which to hold."

To see more of Lian Zhang's work you can take a look on her Instagram.