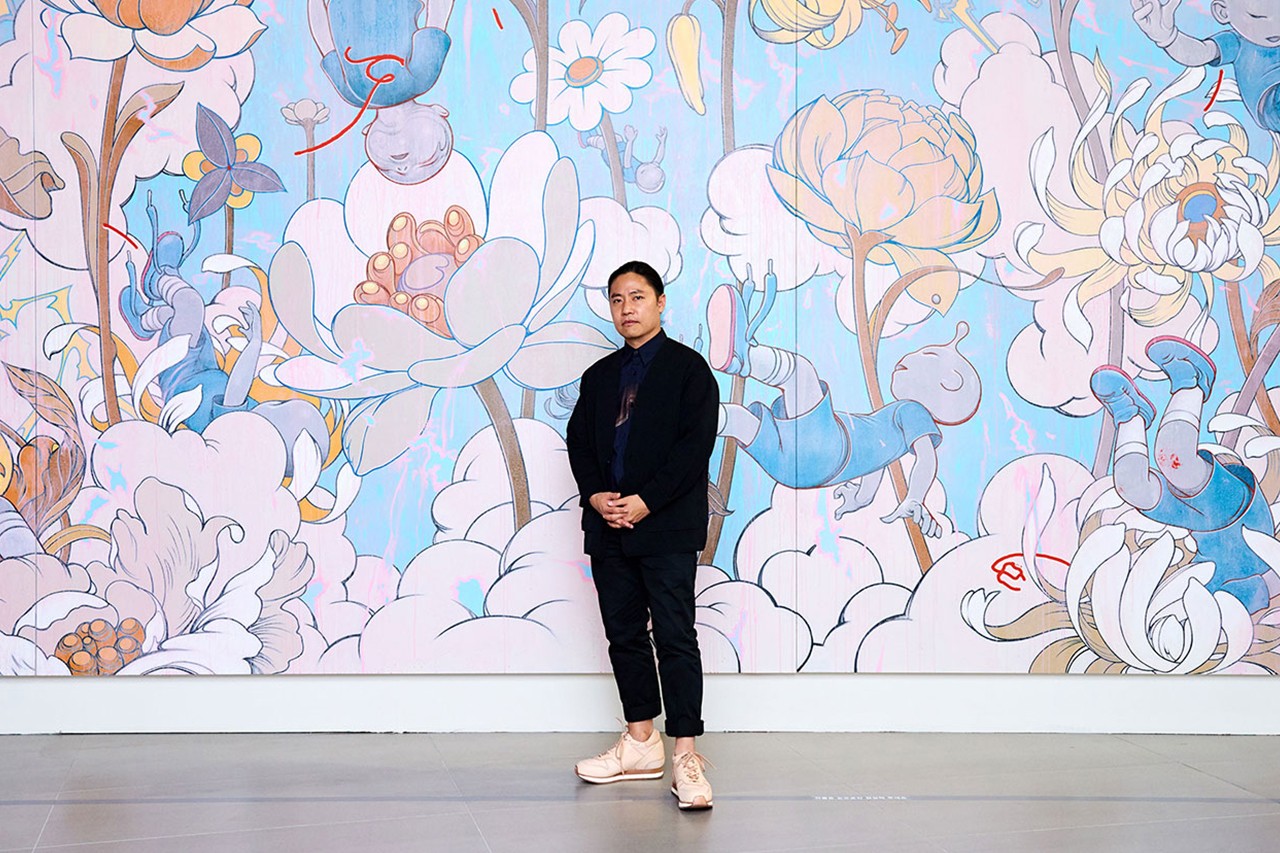 James Jean (1979) has been creating his illustrations for more than two decades now, and his inspiration seems endless. Illustrations with worlds all created from his mind, in which you can lose yourself and keep looking at all the amazing colorful details of his fantasy landscapes. Full of colorful fantasy beings, weird technology, animals and nature, somehow his rich worlds blend all together harmoniously.

Born in Taiwan in 1979, Jean’s family moved to New Jersey when he was three years old. He studied in Manhattan at the School of Visual Arts, eventually graduating in 2001. During his studies, James Jean worked in an internet company but after the internet bubble burst, he started working as an illustrator for DC Comics by Marvel Comics. His creations quickly attracted the attention within the industry and this led him to earn seven Eisner awards and three Harvey awards (-important awards in the field of comics). James Jean work seems to mix various contrasts; his work is often full of colors and different elements such as flowers and fantasy figures yet feels harmonious. It is refined and soft, but has a certain mechanical distance to it. James Jean explains that he feels that his personal experience of Asian-American is a big part that reflects in his work:

“On the one hand I don’t feel completely American, on the other I don’t feel completely Asian. So that’s why you see those two in the paintings. And I’m always trying to push the paintings toward something more unusual and unexpected. So I take a foundation grounded in craftsmanship, grounded in the culture so I sort of transform it into my world.

James Jean explains how his Asian heritage plays an important role in his artwork. As he states in an interview with:

“I think when you see the Asian aspects in my work. It must be something in the genetics maybe, because when I look at Chinese scroll paintings or Japanese wood block prints, there’s this attraction to the line and craftsmanship that’s there.” 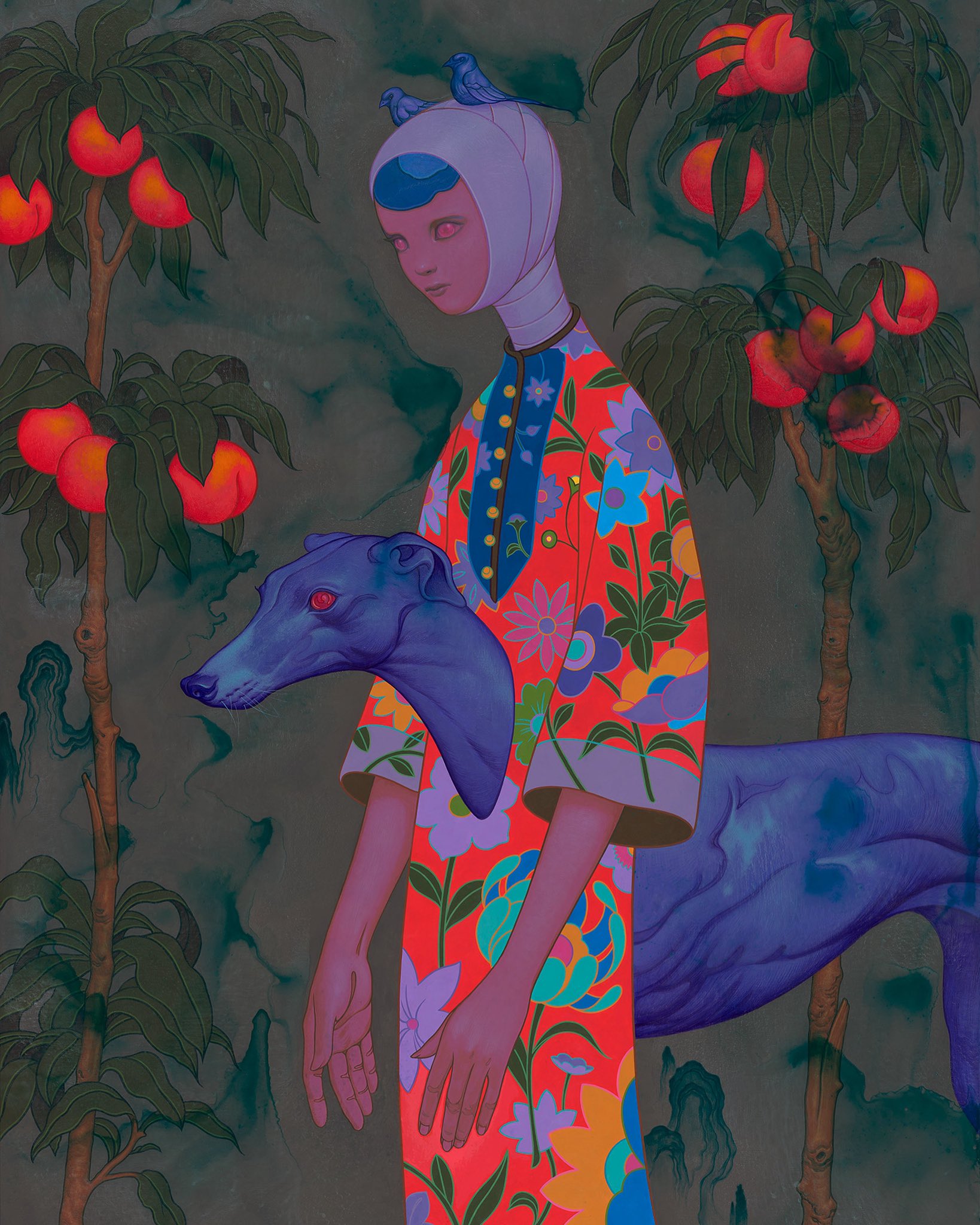 His inspiration, aside from Chinese silk scroll paintings and Japanese wood-block prints, he gets from Shanghai advertising posters, anatomical drawings, and etchings by Dürer. But a great deal of his inspiration is the imagination from his own mind. He describes himself as a very serious and detail-oriented person, and explains that for him, his artwork is his outlet and the space where he expresses aspects of his subconscious and inner desires. It is through his craftsmanship that James Jean is able to freely create his artwork and translate his inner world onto the canvas as he explains:

“Once you’ve mastered everything, then you sort of start creating your own mastery of whatever you’re trying to do. Drawing in pen can be as difficult as painting with oils and vice versa. (…)It did take a lot of hard work to get to this point, but essentially I don’t want to see any medium as more difficult than the other because you already put up mental blocks in your head.” 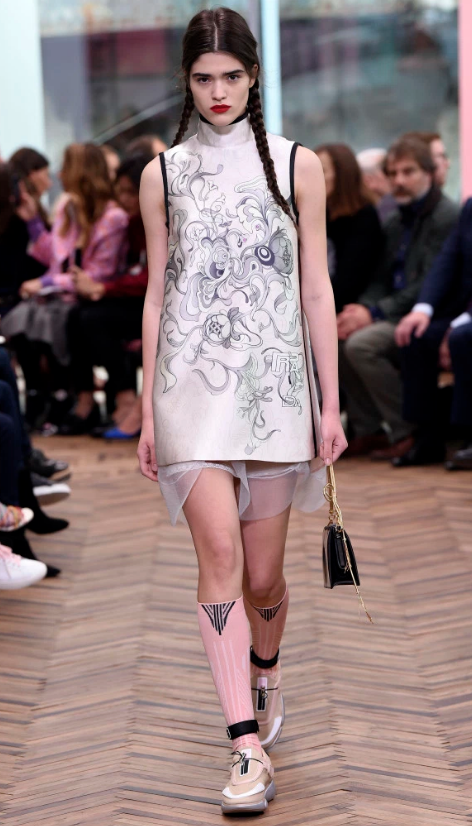 “Your body’s just sort of this mechanical vehicle for your emotions and I keep trying to keep that vehicle operating on a daily basis.” He explains in another interview (video series for Fully Booked back in 2012 ) And for James Jean keeping himself committed to create everyday for already so many years is his way to keep his inspiration moving: “My worst fear is, you know, being crippled by some kind of depression and not being able to get up and do anything,” he says. “I think by forcing myself to work, it kind of defeats any kind of, you know, emotionally debilitating feelings that can happen.”

It’s amazing how James Jean is able to translate his colorful creative inner worlds with so much detail and perfection into his artworks. And how his Artwork is a reflection of his whole personality, not only a reflection of his personal inspirations but also a reflection of his character, his commitment to learn working with all mediums. It truly is craftsmanship to be able to create tirelessly such colorful worlds that are far beyond our imagination. Discover more on his instagram and James Jean.

Read more in these great interviews with James Jean;