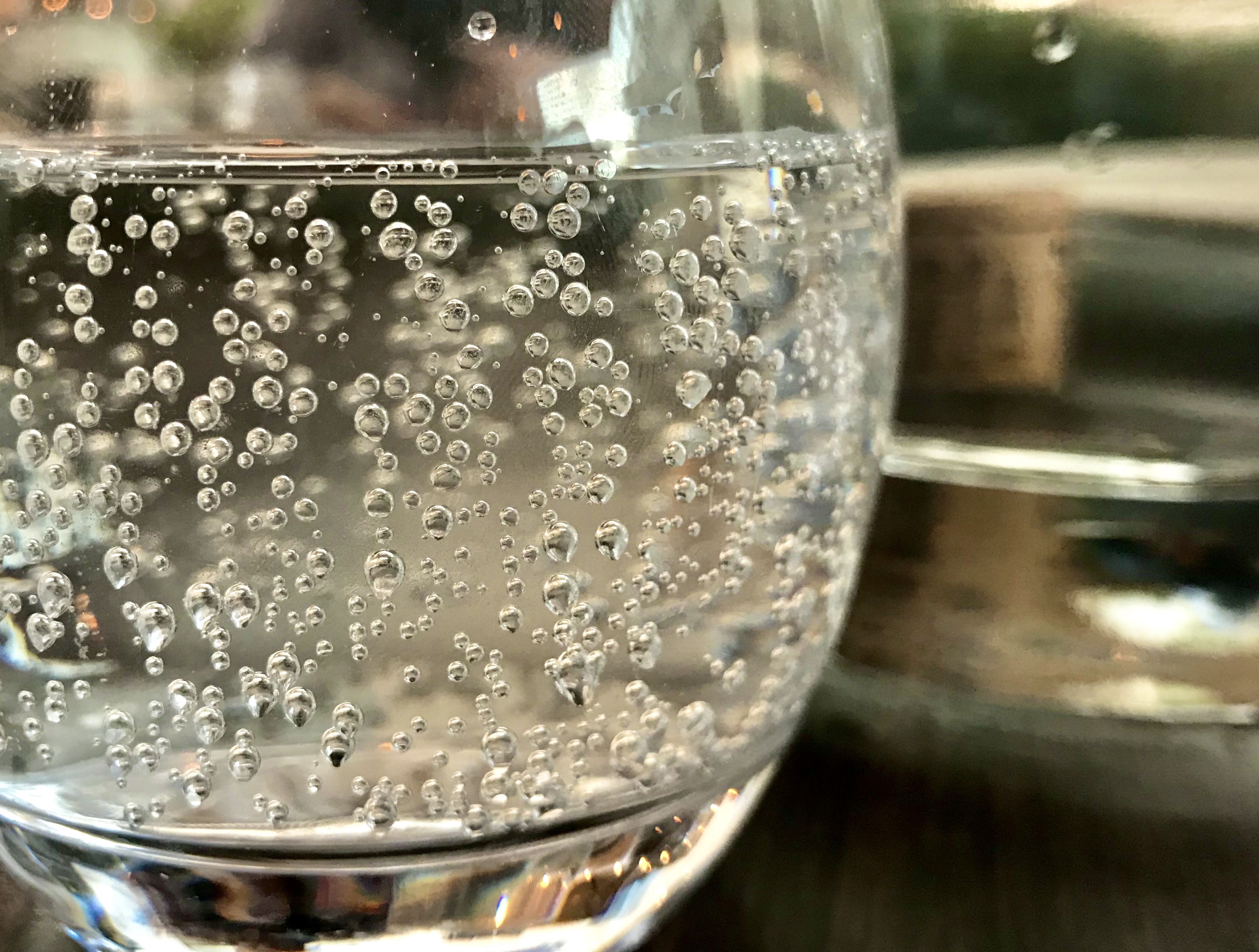 The sentence ‘there is more to life than meets the eye’ in its literal sense is without a doubt suitable when it comes to the field of physics, chemistry and technology. Nanotechnology is a relatively new field, and its science takes place at a scale of dimensions sized from 1 to 100 nanometer (1 nanometer is 1/1.000.000.000 meter). Definitions of nanotechnology are varied, but generally it refers to the engineering and control of functional systems at the molecular scale. Simply put, it is the study of extremely small things. Nanotechnology can help create new materials and devices within a vast range of applications, such as in nano-medicine, nano-electronics, biomaterials, energy production, and consumer products. The possibilities with nanotechnology are vast and immensely promising.

Prof. Dr. Cees van Rijn, noted researcher, inventor and entrepreneur, is an expert in the field of micro-systems and nanotechnology applications for agriculture, food, health and medicine. He owns and co-founded six companies, all related to the field of nanotechnology applications, and is passionate about finding new solutions and improvements in his field. His latest research involves designing ventilation-systems to combat the spread of viruses (ex: coronaviruses) in enclosed spaces. His research was recently published in The Lancet Respiratory Medicine. Driven by a desire to understand the truths that lie in nature, Cees chose to study physics, but he would look everywhere to find answers. When we spoke with Cees, his interest in spirituality and the mysteries of the world was quickly apparent. Sharing this passion, it was great to hear his ideas about it. We also discussed his inspiration as an inventor and what he foresees in the future. 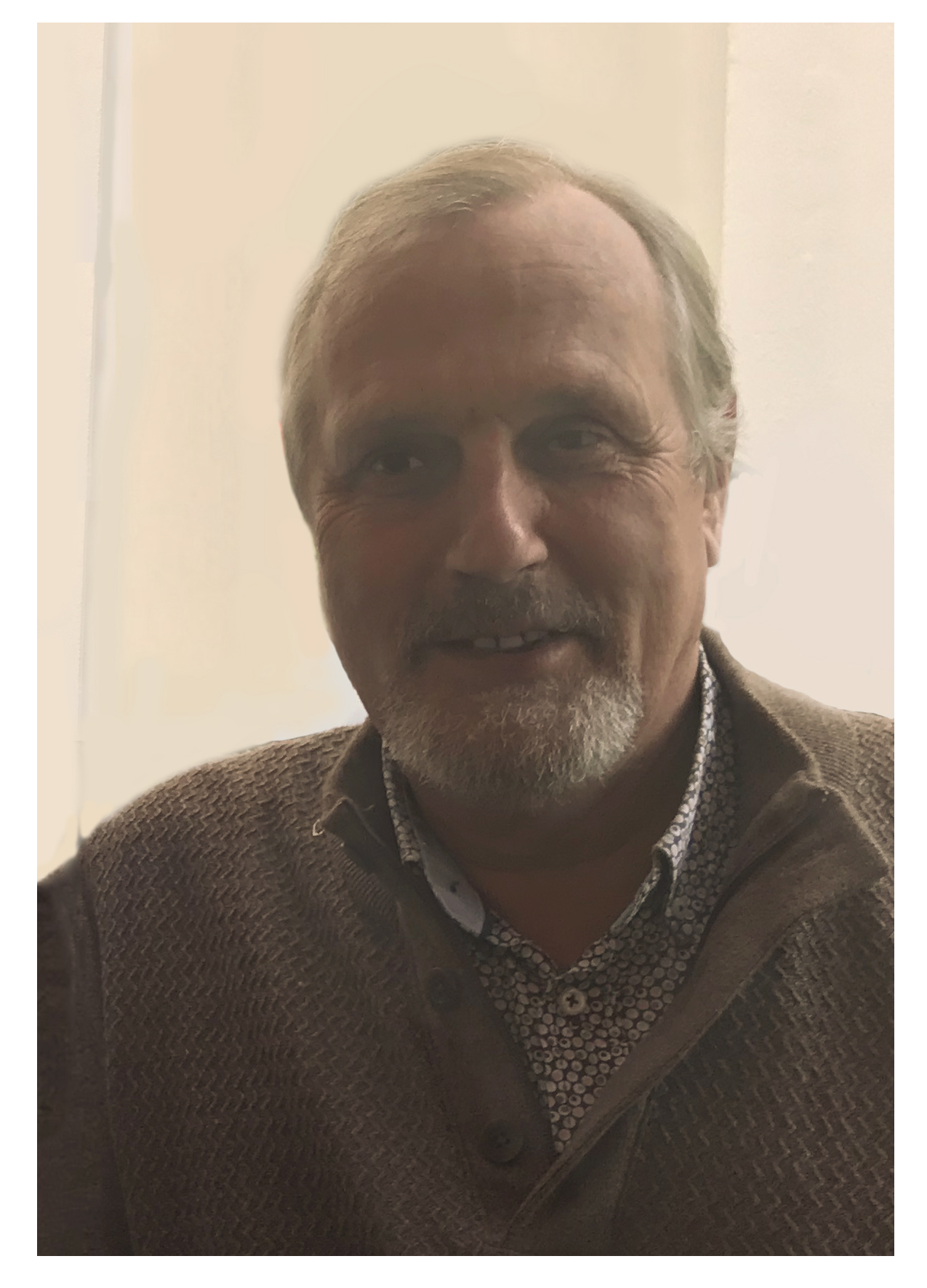 During my studies I took an interest in philosophy and spirituality as well. I explored many spiritual teachings and took a minor in philosophy of natural sciences. I even set up a parapsychological centre with a friend of mine, inspired by Tenhaeff - a Dutch professor in parapsychology, who researched many phenomena, like telekinesis, that science is not able to explain. Even though we are discovering more of the universe every day, we’re still a long way off from having all the answers. Let’s take the mind for example - we know that we perceive and experience things with our senses, but how this information becomes aware inside our brain we still don’t understand. Another interesting question worth exploring is whether or not our mind influences our reality. ‘Schrödinger’s cat’ is a thought experiment conducted by famous physicist Erwin Schrödinger. It illustrates the problem of quantum mechanics applied to everyday objects. Quantum particles are both options until the observer perceives one as reality. Schrödingers’ experiment, shortly summarized, proposes that a cat in a box is both alive and dead as long as the box remains closed. Only when you open the box, then you push the state the cat is in, resulting in one of the two options becoming the reality. I conducted my colloquium on the quantum entanglement and the theorem of Bell. In simple terms, it explores how a particle, when separated from its counterpart, still is connected and reacts to it, even from, a distance. We keep discovering these types of phenomenon and it continues to fascinate me.

Nanotechnology is a relatively new field. The first scientific magazine discussing nanotechnology was published in 1990, and from that on the field gained more and more recognition. 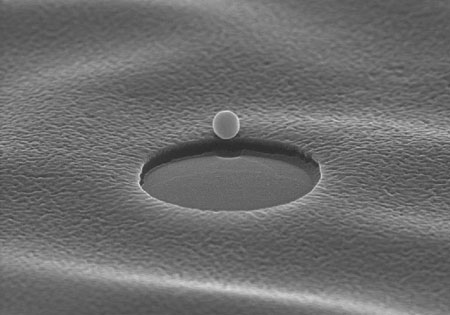 At the base of nanotechnology lies chemistry and physics. When we approach nanotechnology from the field of chemistry, we look at changing the structure of atoms and molecules in order to create new organisms. When approaching nanotechnology from the field of physics the focus is more on constantly making applications smaller while keeping the same functionality. Chip technology is a great example of this theory in practice. In the ‘80’s, I trained as a semiconductor expert at Phillips Eindhoven. While I was there, I worked on the mega chip project amongst others. This semiconductor technology was not only used for making electronic silicone microchips, but also microstructure silicon microchips. The electronic microchips were created with 1 megabit, and microstructure chips were used for airbag sensors, acceleration sensors and pressure sensors. This is where my interest in nanotechnology was born.

During my work at handling patents at Phillips, I noticed that the most unique and interesting inventions were discovered by accident. In my opinion, the most exciting innovations are spontaneous discoveries. Something goes wrong, but this misstep leads to the discovery of a whole new solution! As soon as we start looking for a discovery, we turn on what I call ‘our minds’ problem solver’. To be honest, whenever you start reading these type of patents concerning the ‘constructed‘ inventions, they are a quite boring and less inspired. Personally, I don’t have any rituals or habits that help me get inspired. However, there is one place where I find I get always inspired and get my best ideas. When I arrive by train at Amsterdam Centraal Station and step outside, I feel an overwhelming amount of positive energy, stimulating my creativity. In my line of work, I also meet a lot of inspiring people. For example, professor Erik Verlinde is an expert in string theory. He is working on a radical new concept concerning our understanding of gravity. In my opinion, inventions are created by people who don’t take things for granted or aren’t content with how things work. People, who always keep asking questions and searching for answers in new places. They’re curious to understand how things work.

I think within the field of nanotechnology, nano-electronics is the most promising field at the moment. The science and technology behind nano-electronics is becoming well developed. In the future, feature sizes of electronic circuits will become even smaller. Silicon chips will be integrated into more electronic circuits, making them process faster. We can expect this to lead to a lot of changes and improvements in all kinds of technology products. I also foresee a lot of breakthroughs when it comes to us adjusting to or ‘fighting’ against nature. In a certain way, nature has the ultimate control over us. Viruses, nature’s own nanoparticles, are genetic defects or mutations made by nature and as we can see – have the potential to decimate the human race.

However, answers to our survival can be found in nature as well. Let’s take the improvement of ventilation systems as an example. We can harness the power of nature to improve ventilation by charging the air with ions, making charged aerosols being attracted to the walls and the ground. Charged aerosols can also help to remove bacteria and viruses from the air. Current ventilation systems in restaurants, schools and other large spaces are currently not well designed to remove bacteria and viruses from the air. This has become a huge issue in the wake of COVID-19. A good solution would be to install specially designed filters with charged electric layers that first purify the air before distributing it in public spaces. Of course more ventilation is always recommended; just opening of doors and windows, to dilute contaminated inside air with fresh outside air is easy, nonexpensive and very effective.

Robert Tettero: Breathwork, Shamanism And Evolving Into Our Future